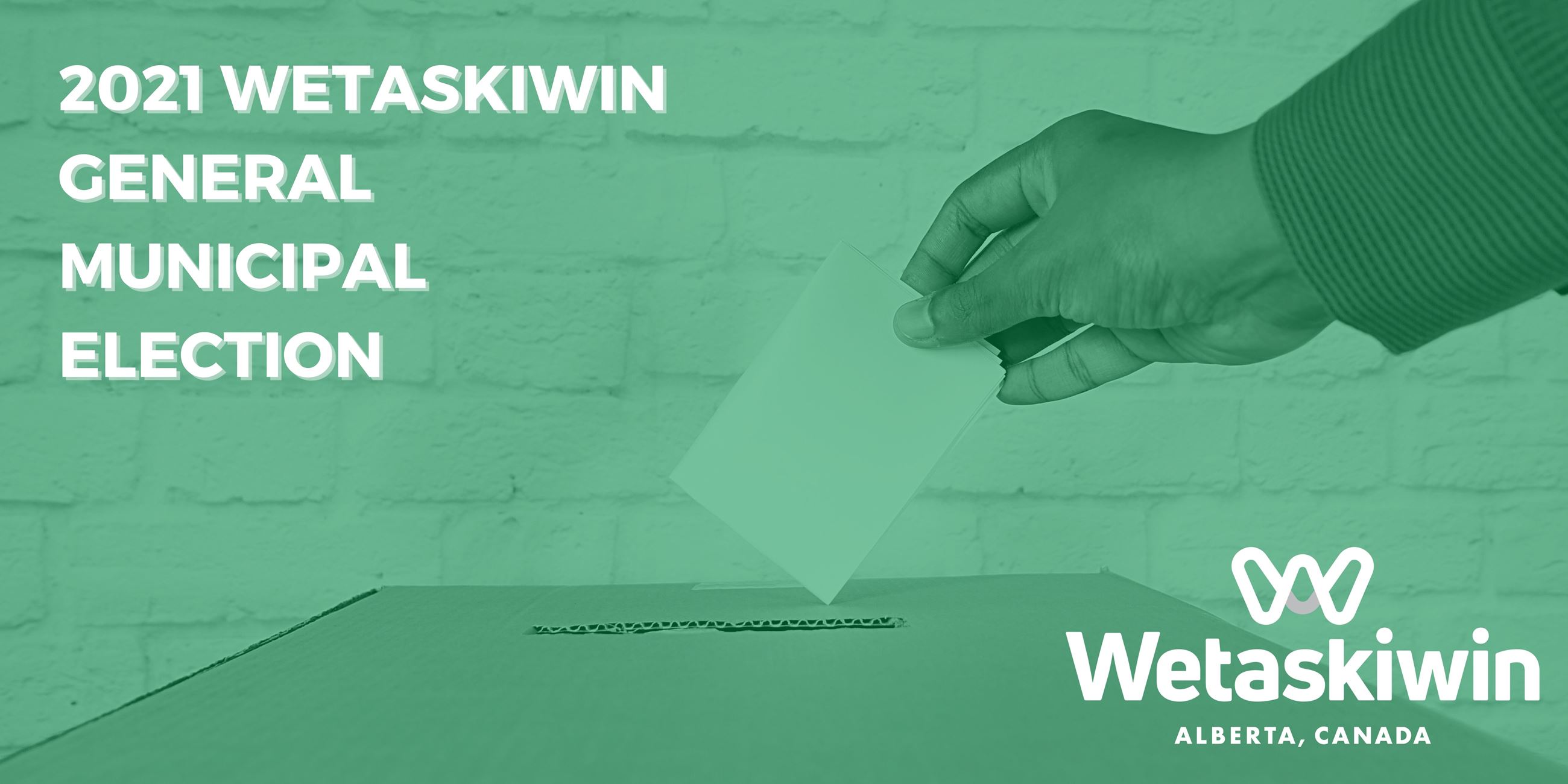 On October 18, 2021, Wetaskiwinites headed to the polls to vote in the 2021 general municipal election to vote for their City Council, Trustees for the Wetaskiwin Regional Public Schools Division, and the referendum questions from the Government of Alberta.

Wetaskiwin's City Council consists of one (1) mayor and six (6) councillors. All of these positions were up for election during the 2021 general municipal election.

A Senate Election and Referendum Vote was held in conjunction with the 2021 Alberta Municipal Elections.

Do you have a question about the 2021 General Municipal Election? Contact us by phone at 780.361.4400 or by email at administration@wetaskiwin.ca.